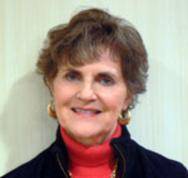 After graduating from Russell, I attended the University of Georgia graduating in 1963 with a Bachelor of Science degree in Home Economics and a minor in Education.
To see the world, I worked for Eastern Airlines in Atlanta from 1963-67. After marrying my Episcopal priest’s son in 1967, I began teaching in Clayton County Public Schools in Riverdale where I taught 5th grade for two years.  My travel bug returned at the time Alitalia Airlines opened an office in Atlanta, and I worked there in sales for several years.  In 1973, I moved to Houston, Texas to work for Korean Airlines for a year, divorced, then returned to Atlanta where I worked for Air India Airlines until 1977.

The best part of my life began in 1977 when I married Al Phillips, RHS class of ’58.  We have been happily married for 42 years.  I have a stepdaughter and step son (Al’s grown children) and 4 step grandchildren, who live in Marietta and Roswell. My sister’s daughter, is also like a daughter to us.  She has one daughter, my grandniece, who we consider our fifth grandchild, who lives in Newnan.

I have been involved in The Atlanta Humane Society, The Cathedral of St. Philip, Civic Associations, Garden club…(I enjoy gardening), Book Club, residential real estate sales for several years, ALTA tennis, Investment club, contract bridge...ran a small family business 15 years.  Almost every day I walk 2 miles along the Chattahoochee River near our home with our two dogs.   I try to go to yoga once a week.

Al has retired from his law practice of 45 years, giving us more time for travel and just enjoying life.  I have traveled to many places in the USA, North America, Central America, South America, Europe, Eastern Europe, Africa, Asia, Australia, the Middle East and the Carribean.

In June, 2017, we moved 5 miles away from our home of 39 years.  It was a major undertaking but we are enjoying our new neighborhood and home. 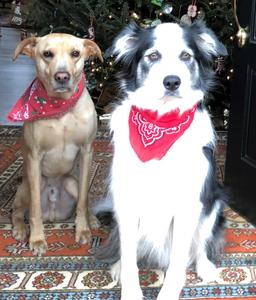 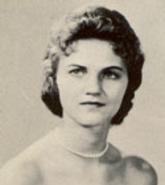