After graduation from Russell, Cliff attended Georgia State University and later went into the insurance business where he worked for forty-five years, retiring in 2001. After several years in this business, he was promoted to Senior Vice President for General Star Insurance Company, a subsidiary of General Reinsurance, one of the largest insurance conglomerates in the world. In charge of Property Underwriting Operations nationwide, he traveled frequently to England and Bermuda to place reinsurance on the Company's book of business through Lloyds of London and various reinsurance facilities.

He has been married to his wife, Carlie, for twenty-five years. She was also in the insurance industry for many years and retired to become an artist. Cliff has a son, Randy, and daughter, Cindy, both of whom live in Atlanta. He has two beautiful granddaughters, Hannah and Courtney, and a rambunctious grandson, Joey. Cliff and Carlie live in Duluth. Cliff is a member of Summit Chase Country Club, where he has played golf for many years--some better than others--he had his first and only hole in one in 2003. (Unfortunately, it was five years after Carlie had hers.) He has had some illness over the past two years but is looking forward to getting back on the golf course and traveling with Carlie. 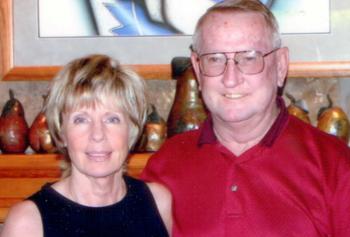