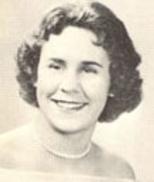 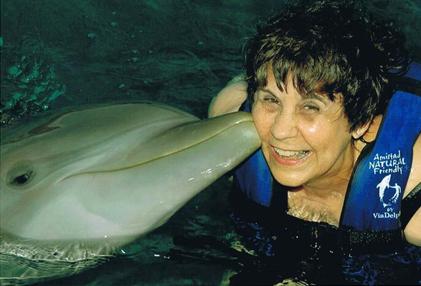 Upon graduation, I went to Wesleyan College in Macon, GA, where I majored in fun.  After 2 years, I made the decision to not major in music or become a teacher and left Wesleyan to enroll in Greenleaf Business College in Atlanta.  Of coarse, by this time Jim and I had established a wedding date and one of us had to have an income.  Since he was continuing his education it was my role to win the bread for now.

We married August 11, 1962, between Jim’s junior and senior year at Georgia State University.  I worked for Eastern Airlines until they went on strike and then was hired by Delta Airlines to work in the library office for what became the Sabre System; the forerunner of the current day computerized airline reservations system.  That was where I was warned not to sit in one particular chair because everyone who sat there got pregnant.  Not believing in superstitions, I sat in the chair and, BINGO, pregnant.

When Jim graduated with a commission as 2LT in the Army Medical Service Corp we moved to Fort Bragg, NC, for our first tour of duty.  There, Suzy was born at Womack Army Hospital on April 18, 1964.  Jim deployed to Germany in 1965 and I followed with Suzy about 6 months later.  We lived on the economy for a year before we moved on base.  What a way to learn about another culture!  This proved to be a trend for it happened almost every time we moved.

We had a great time traveling in Europe visiting France, West Germany, Belgium, Holland, Switzerland, and Austria.  But this adventure came to an end when Jim went to Vietnam in 1967, only 6 weeks after our second daughter, Darby, was born at Landstuhl Army Hospital February 15, 1967.

I went back to East Point while Jim went to Vietnam.  That was a very difficult year, raising 2 girls and trying to not go crazy wondering if Jim would come home.  That was when I really began to appreciate what being a good Army wife was all about, creating a home for the family no matter what the situation.  Home is the sanctuary that we can rely upon.

For the next 24 years we moved around the world and visited many exotic places we would never have dreamed of visiting were it not for our life in the Army.  From Germany to Georgia, to Texas, to Japan, to Okinawa, to Taiwan, to Hong Kong to Kansas and finally Virginia, we moved so many times it became an automatic reflex action.  Brian, our son was born after we came home from Okinawa to Atlanta in 1971.

We moved to Kansas after Jim came home from an unaccompanied tour to Saudi Arabia.  Kansas was a wonderful trip back in time to the days when we were young and people knew each other and there was a community who worked together for the common good.  Wakefield, KS, was as close to what East Point was as you could find.  The kids could ride their bikes, visit their friends and do the things we did as kids without the worries of modern society.  It was truly a period that was like going back in time.

What a change when we left Wakefield, KS, for Washington, DC.  The kids adjusted well, as good Army brats are prone to doing.

With Suzy in college, Darby in high school and Brian in grammar school, I went to work as office administrator for a real estate company. Somehow, we put them all through Virginia Tech by the time Jim retired in 1990.  I think we financed a new building for VA Tech with what we paid in tuition.

We moved to Halifax County in southern Virginia and established our dream home we call the Funny Farm.  It is a 20-acre place with a 10-acre lake and is as close to paradise as we could find here on earth.  All the kids are married with successful careers and we have 6 grandchildren and 3 great grandchildren.

Jim and I have been married for 47 years now and our life together has taken us all over the world.  We have endure hardships that are unique to military families but have experienced the joy of meeting many extraordinary people, making new friends, experiencing different cultures and assimilating so many customs into our persona that it has all been worthwhile.  Unless you have been a part of the military family, it is difficult to understand the extraordinary experience it incorporates into your soul.  And the adventure goes on.