​​As an Army brat, I moved frequently before immigrating to East Point.  I started life at Governor’s Island, a Revolutionary War fortification in New York Harbor. My first move was to Poughkeepsie, NY, where I attended Vassar College nursery school.  At the end of WWII, I moved to Rome (Italy, that is).  My father was part of the U.S. Army of Occupation, and we lived rather luxuriously in the Excelsior Hotel.

I headed south to Georgia in 1950, with a first stop at Ft. Gordon and then to East Point in 1951.  I attended Harris Street Elementary, Parklane Elementary, and RHS, from eighth grade through graduation.  Georgia became home, but I had not yet developed an understanding of the culture of the South; it would take marriage to give me such knowledge.

After RHS, I attended North Georgia College and then transferred (with Jim Newborn) to Mercer University.  I majored in physics and math and ROTC.  I was Cadet Colonel of the Corps of Cadets, Captain of the Rifle Team, and member of the College Choir.  I graduated as a Distinguished Military Graduate and was commissioned as a 2nd Lieutenant in the Regular Army in 1964.

While at Mercer my senior year, my ROTC professor set me up with a blind date from his home town (Hurtsboro, AL, population 600 and four miles from Smuteye, AL).  Her name was Robin Speight, and she declares to this day that she decided to marry me that night.  She also asserts that my propensity to linger caused me to wait until our second date to propose.

Robin and I married in the summer of 1964, and I deployed to the 93D Signal BN in Germany.  Robin stayed behind to complete her baccalaureate at Huntingdon College and joined me in Germany the next June.  I served as a Platoon Leader and Company Commander. One of my more interesting assignments was serving as commander of a Signal outpost on the Fulda Gap, the assumed area in which an invasion of West Germany from the East would occur.  During off-duty times, Robin and I would drive our convertible through the Gap, and she would wave and throw kisses to the Communist guards.

Upon returning to the U.S. in 1967, we spent the summer in Ft. Sill, OK.  (A summer in Ft. Sill made East Point seem Arctic.)  Still, I had not really experienced “warm” weather until I deployed to Viet Nam in September of 1967.  I served a year with the 23D Infantry Division in Chu Lai.  I was wounded twice and received the Bronze Star for Meritorious Service.

We moved to Atlanta in 1971 for my service with a Department of Defense (DoD) organization for management of military contracts.  Our son Devin was born in 1974, and not long after his birth, I was off to Korea to serve as Chief of Plans on a brigade staff.  Robin taught at Wheeler High in Marietta…and vowed never to teach again.

I was posted to the Washington, DC area in 1975 and stationed at HQ, Defense Contract Management Command, Systems and Engineering Division.  Robin gave birth to our daughter Danielle in 1978 after a troubled pregnancy.  Just before Danielle’s arrival, I received orders to return to Korea.  Not prepared to leave my family at such a time, I left active duty and took a commission in the Army Reserves as a major.

Returning to the Systems and Engineering Division as a civilian engineer in 1981, I became chief of the division in 1996.  I was responsible for the work of 650 engineers worldwide and an advisor at the National Emergency Command Center for the reconstitution and restructuring of the Defense industrial base.  During this time, I received a Master of Science degree in Contracting and Acquisition Management from the Florida Institute of Technology.

In 2002 I retired from DoD as a GM-15.  By this time, Devin had graduated from West Virginia University and Danielle, from Columbia University.  Robin was still in high demand as a technical writer consultant, leap-frogging from one IT giant to another in the Northern Virginia technology environment, preparing system documentation and proposals.

Since 2002 I have had the best job ever…retirement.  Work includes nature photography, model railroading, membership in the World Future Society, and making mistakes with tools.  I have several written works in progress to include:

The Puppetmeisters (examines power and control in the U.S.)

The Effects of Taxation and Borrowing on U.S. Capitalism

Why We Should Reinstate the Draft

and on a far more interesting note:

Your Name Is Wilda (describes growing up in Hurtsboro, AL which is 9 miles west of Hatchechubbee).

​Robin is now retired, we live on five acres in Haymarket, VA, and rent the home from our Himalayan, Taffeta Belle.  We will celebrate our 55th wedding anniversary in September.

In closing, let me say that you should never let your wife select your e-mail address. One of our cats, Tutty, was sleeping on the printer and humming loudly when I asked Robin to choose an email address for me.  You can reach me at tuttypurr@gmail.com. 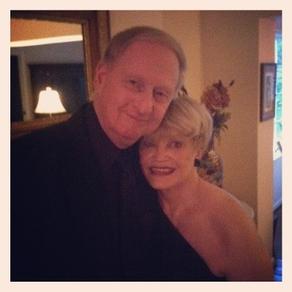 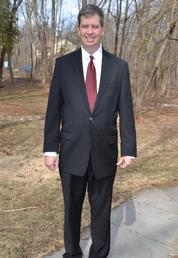 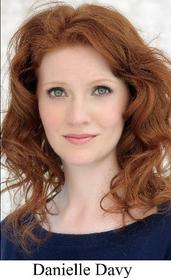