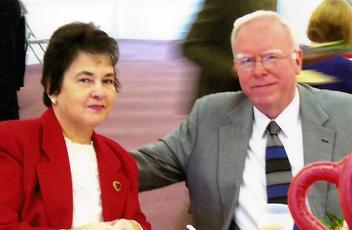 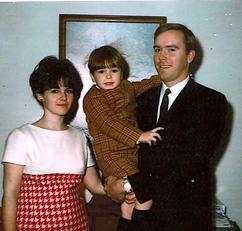 Frank in the service after RHS 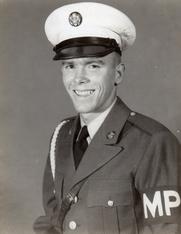 Right after Russell
After Russell I joined the Army for 3 years serving with a military police unit attached to an electronic espionage agency of the U.S. Army; saw duty in Okinawa and Japan, learned the language, immersed myself in the culture and also played basketball at the Division level.

Education & Beginning a Family
Left the Army to enroll at Georgia State, played basketball and graduated with a B.B.A. in Logistics Management where I also met and married the joy of my life Joye Lett from Southwest High, Atlanta. Obeyed the gospel of Jesus Christ and was baptized in 1966 for the forgiveness of my sins.

My Career Beginnings and Locations in Business
I enjoyed having a career in logistics management, which took Joye and our three sons several places. We moved to Grand Rapids, Michigan where I was Corporate Director of Transportation for Amway Corporation for several years in the early 70’s. We moved back to Georgia where I was Corporate Director of Transportation, Distribution and Distribution Marketing for W.W.G. Industries, Rome Georgia, a large textile manufacturer and distributor. While working at W.W.G. I passed the bar to be admitted to practice before the Federal Government’s Interstate Commerce Commission and also taught and became head of the Logistics Management Department at Floyd College near Rome.

The Twilight of my Career
In the early 80’s we moved back to Atlanta where I was Vice President of several distribution companies in the Atlanta area. I retired from logistics management and went into logistics management consulting for the past 15 years, retiring from my business two years ago. I have currently been serving for the past seven years as one of the five elder/pastors of a church of Christ in Snellville, Georgia; non-salaried position. My hobby and life’s joy, besides Joye and my family, is studying the Bible, which is the inspired Word of God, 2 Timothy 3:16.

Salutation
We have three sons and four grandchildren and have been married for 45 years. I am sorry that my sons and grandchildren never had and will never have the opportunity to attend a school at a place, and at a time like Russell High in East Point, Georgia. I love all, but about 3% of my memories from there. You may can guess the 3%, but let’s not talk about them.