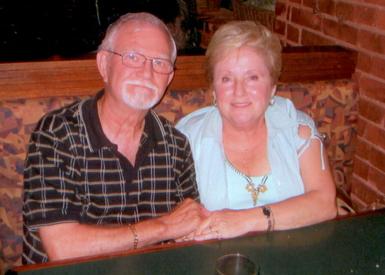 After graduating from RHS, I enlisted in the Navy.  After a year of Communications Electrician  and Submarine Training School, I was assigned to a submarine, the USS Clamagore SS343,  based in Charleston, S.C., and spent the following three years there.  (As a point of interest, that submarine is now in the Maritime Museum at Patriot Point just outside Charleston, S.C.

In 1964, I was employed by Eastern Airlines in Atlanta.  After attending Atlanta Area Technical School, Aviation Department, I obtained a FAA Airframe and Power Plant Mechanics License.  In 1971 I transferred to Miami, FL as an Aircraft Mechanic.  In 1989, when Eastern Airlines went bankrupt, I went to work for a Company called M&M Aircraft Services (a jet engine overhaul facility formed by former Eastern Airlines Mechanics.)  After 10 years with M&M, I was employed by Pratt and Whitney Engine Service Center in Columbus, GA, where I worked as a Operations Technician (still in the jet engine overhaul business, until I retired in 2008), at which time my wife and I had a home built and we moved to Acworth, GA.

I have one son, William Ellis Meares (Bill), who has been living in Hawaii for the past 20 years and remains unmarried at this time.

I remarried in 1994 to Bonnie, "my better half".  I have two stepchildren, Brenda and John; and two wonderful grandchildren, Jack Henry age 4 1/2, and Ava Marie age 3 months.  My Stepdaughter and family live in Smyrna, GA, and my stepson John and his wife live in Towne Lake...in Eagle Watch...Woodstock, GA.

At the present time, I still dabble in the Arts, painting landscapes.  I, sometimes, dabble in metal sculpture.  I also enjoy woodworking, or just about anything that involves working with my hands.

Bonnie and I enjoy gardening and traveling.  We have traveled almost all of the United States and hope to visit the remaining states during our long deserved retirement.  We also enjoy cruises, from time to time.