In December 1964, after cramming four years of college into five and a half actual years, I finally graduated from Georgia Tech with a degree in Industrial Engineering. For several years, I worked as an Industrial Engineer in manufacturing environments. During those early years, I also attended Georgia State University, at night, to work on my MBA in Management and Finance. My career took a strange turn about 1970 when I was asked to take a position at Georgia Tech as Assistant Registrar. The real irony is that one of my main responsibilities was to certify that seniors, degree candidates, had actually completed their individual degree requirements. After a few years in the “Ivory Tower”, I needed to get back into the real world and found myself working in construction management. As it turned out, this field was very interesting, always had new challenges, was quite varied and my college training was very appropriate. I spent most of my remaining work-life in various areas of construction management and contract administration. Among the hundreds of undistinguished projects that I have been involved with, in and around Atlanta, there have been a few landmark projects in which I have played a small part. One such case is when I was employed by the General Contractor building Marta’s Five Points Station.

Two years before finishing at Georgia Tech, I married Becky (Jett, class of ’58). We continued to live on Bonner Rd. in East Point, attend Jefferson Ave. Baptist Church and, eventually had a daughter and a son. Even after Becky and I parted ways, we remained friends and I have been able to stay close to my children. After thirteen years of being single, I married Nita and her two sons in 1988. We lived in Lawrenceville for fifteen years before moving to our current home in Blairsville. In the meantime, all our kids got married. We now have our four kids, their spouses and nine wonderful grandkids who range in age from five months to twelve years. Then there is our dog, LuLu.

Through the years, we have had fun with little league sports and outdoor activities of all kinds, especially if it involved water. We have done a lot of tent camping, hiking and searching out waterfalls. I am a little proud of the twenty years that I was involved with the Boy Scouts. Much of that twenty years revolved around training other adult leaders so I feel like I have had a part in continuing the overall program in South Fulton. 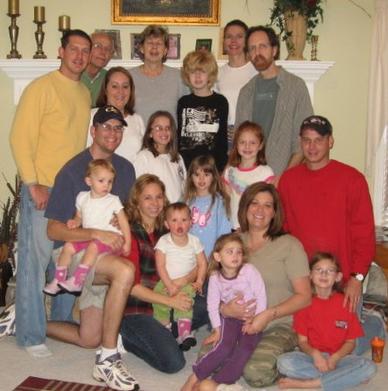