Some say that life begins after high school.  Certainly the rest of my life began in June of 1959.  After working a construction job the summer of 1959 I headed off to four years at Columbia Bible College (now Columbia International University) in Columbia, South Carolina.  At that time my intention was to prepare myself for a life in Christian foreign missionary work.  While at Columbia I met my wife to be, Beth McClendon, a beautiful blonde from Nashville, Tennessee.  After my first year in seminary we were married on June 19, 1964.  I attended Grace Theological Seminary in Winona Lake, Indiana where I earned a Master of Divinity degree (1966) and a Master of Theology degree (1971).  My plan to go into foreign missions took a slight turn in 1968.  I had been a Pastor of small rural church in Logansport, Indiana while in seminary.  Through a series of events and a special friendship with an African-American student in seminary, I came back to Atlanta in 1968 to teach Bible and Greek at Carver Bible College.  I served as Academic Dean and taught full time for four years and remained with Carver as a part-time teacher until the late 1980s.  In late summer of 1970 I started a Bible study in a home in Red Oak, Georgia which became the beginning of the church where I have served as Pastor until the present time (almost 39 years).  In 1991 I earned the Doctor of Ministry degree from Western Baptist Seminary in Portland, Oregon.

Beth and I have a son and a daughter.  Miriam, our oldest, lives in Chickamauga, Georgia with her husband and three children, Brennan, Melanie, and Meredith. Her husband is an Ob-gyn at the Erlanger hospital in Chattanooga. Brennan is a junior at Gordon Lee High School and Melanie is a freshman.  Eric lives in Tyrone with his wife Cheryl and their three sons (Connor, Lawson, and Langdon).  Eric will be thirty-nine in October, serves on the City Council of Tyrone, works for the Southeastern Legal Foundation, and is also a political consultant.  We stay busy trying to attend our grandchildren’s activities.  Brennan plays basketball and runs track.  I love that.  Eric’s three boys play baseball, basketball, and soccer.  Beth and I stay on the move.  And speaking of being on the move, I started running competitively (age group road racing, that sort of thing) in 1972.  Little did I know that my track days at Russell High School were only the beginning.  I have run thirty-four Peachtree Road Races.   My wife, Beth, started running in 2007 and we now run and train together.

My desire to pursue foreign missionary service has been fulfilled in other ways.  We have couples from our church who have gone into missionary work which has given Beth and me the opportunity to visit our missionaries scattered around the world.  We have traveled to the Philippines, Haiti, Kazakhstan, Guyana, and Romania.

I was good to have grown up in East Point.  I carry pleasant memories of my time at Russell High School sixty years ago. 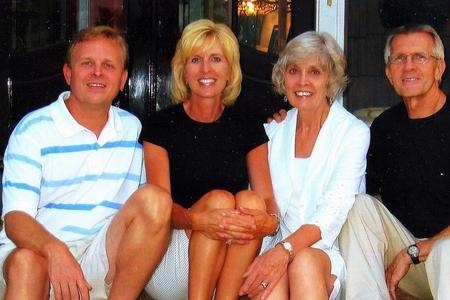 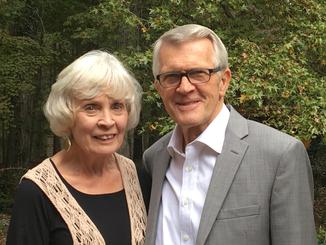 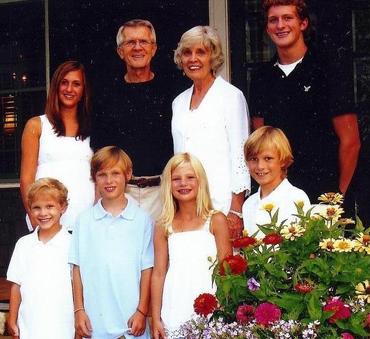