Left East Point and headed back to Savannah in 1959. Played a little college basketball and semi-pro baseball. Became a teacher and coach (football basketball and baseball)  Married three times and had one child by each wife. This kinda takes your money away so left coaching and became an umpire of college baseball. Later added basketball to my calling.

Opened a business (outdoor power equipment) sold it 10 years later. Started working with Security Link as a salesman (security systems) then A.D.T. came in and took us over and this is what I have been during for the last 13 years.

BORING LIFE  when you read this but I have had a nice life just a few bumps along the way. Love Georgia Tech, the Braves and became very political in later life. In baseball, I learned that three strikes and you are out so I don"t think marriage is in the books for me.  Looking forward to seeing everyone. 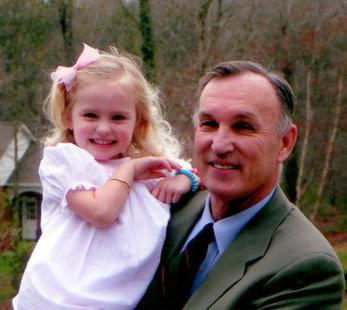