It has been a fantastic 50 years since graduation from Russell High School.  I have done things and seen things I never dreamed possible.  Life has been good and I have been blessed with a wonderful wife, Dee, and 3 extraordinary children.

Following graduation, I went to North Georgia College, Mercer University and Georgia State University.  In 1962, Dee and I were married between my junior and senior year at Georgia State.  Dee worked for Eastern Airlines and Delta Airlines until I graduated and was commissioned a 2LT.  That was when the world changed for us.  The next 27 years in the Army Medical Service Corps took the family and me all over the world.  Sometimes together and sometimes I had to go alone.  Vietnam and Saudi Arabia were hardship tours for me but both were a once in a lifetime experience.  While in Saudi Arabia I met King Faisal, Crown Prince Fahd, Henry Kissinger, Nancy Kissinger, Vice President Nelson Rockefeller, Anwar Sadat, Yaser Arafat and helped plan a health care system for the country.  That started me on the road to what became my career in hospital construction project management.

After completing a hospital construction project at Fort Riley, KS, I was assigned to the Pentagon, Office of the Surgeon General, where I became the Commander of the Army Health Facility Planning Agency with responsibility for 13 major medical centers, 56 community hospitals and about 600 clinics.  It was a challenge dealing with congressional committees and the Corps of Engineers.  It was my job to defend the medical construction program before the House and Senate committees.  It is absolutely true that if you like sausages and laws, you should never see how either one is made.

In July, 1990, a friend of mine, Joe McBride, and I co-founded the non-profit, professional organization known as the Health Facility Institute.  It is still going strong.

My retirement was just the start of a new career.  I started a consulting firm in the field of hospital construction project management and it, too, is still going strong.

Today, we live in Halifax County, VA.  We bought a 20-acre place with a 10-acre lake that has become our little piece of heaven on earth.  The lake is so full of fish, you have to get up on the bank and hide behind a tree to bait your hook.

Life is good and I have been blessed in many ways. 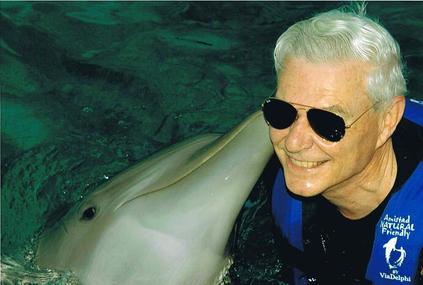