(Unable to copy from old site)

After graduating from Russell, I worked at "big" Rich's downtown in the stock department and attended Emory University, thanks to a partial scholarship that Fred Guffin (God bless his soul!) got for me, and thanks to Rich's for letting me work between classes. Got my B.A. degree in 1963, attended Emory law school where I was a member of the Bryan Honor Society and graduated with my LL.B. and passed the bar in 1965. Worked my way through law school as a deputy marshal, bailiff and law clerk for Judge Tom Camp in Fulton Civil Court. After graduation I was an associate in the Atlanta law firm then known as Gambrell, Harlan, Russell and Moye (now part of Smith, Gambrell and Russell), and after  3-4 years joined a law firm then known as Smith Cohen Ringel Kohler Martin and Lowe (now also part of Smith Gambrell and Russell). Made partner and was on the management committee at Smith Cohen.  In 1977 Al Phillips, George Hart and I formed our own law firm known as Phillips, Hart and Mozley, which became Phillips and Mozley, and which is now Mozley, Finlayson and Loggins LLP, where I am a VERY ACTIVE senior partner (no retirement for me!).  We have 30 attorneys and are continuing to grow.

I married Merilyn Canfield of College Park in 1963 and we had three children, Julie (now 44), Camille (now 39) and John, Jr. (now 28). Julie Alexander is divorced and the mother of three very pretty girls ages 16, 14 and 12.  Julie lives in Dunwoody and is an assistant teacher at a Dekalb county school, and is working on her Master's degree in education at Mercer. Camille Edye went to the University of Montana in Missoula where she met a guy from Australia (what are the chances of that!) who was working on a post-doctoral grant in chemistry/alternate energy and coaching the rugby team. They got married here in Atlanta and he worked in New Orleans for a while and Camille got her B.A. and Master's degree in special education from the University of New Orleans. They moved to Australia and now live in Brisbane, where Camille is the director of special education and a teacher at a large private Catholic School and her husband teaches at the University and does private consulting in alternate energy, carbon credits and lots of other international stuff I don't understand! Camille has a daughter age 12 and a son age 7.  John, Jr. attended the University of Great Falls in Montana for a year and got his degree in English/Literature from UNC/Asheville and his Master's degree in Education/Literature from Lewis and Clark University in Portland, Oregon. His choice of colleges was determined entirely by the availability of good fly fishing! He is not married (but has a very serious girlfriend) and teaches middle school/high school English and Literature at a private school in Brattleboro, Vermont for at risk children.  So all three of my children are teachers, and I guess they got that from my mother, who for years taught seventh grade at Harris Street and taught a lot of the guys and gals at Russell. I am more than a little proud that all of my children have followed in my mother's footsteps. As noted, I have five grandchildren, two of whom are dual US/Aussie citizens, as is Camille.

Merilyn and I divorced in 2000 and a couple of years later I was fortunate enough to marry Tammy Gradwell, who is a court reporter, and we have two Maltese (Rocco and Tallulah Belle), who are a handful. Tammy is just a tiny bit younger than I (by 18 years), but that handicap on her part has not kept her from keeping up. We live in Sandy Springs and our home is only 1 mile from my office, and her office is in our home, so neither one of us has any commuting problems.

For some reason or another, and despite my liberal arts education, early on I got involved in aviation defense litigation and that has been roughly 80 percent or so of my practice area, although my firm handles all types of litigation and commercial/business matters. The aviation practice has included serving as lead defense counsel for UTC/Pratt&Whitney in the Southern Airways Flt.242 air disaster at New Hope GA on April 4, 1977; lead defense counsel for ASA in the April 5, 1991 ASA Flt. 2311 air disaster at Brunswick, GA; lead defense counsel for ASA in the August 21, 1995 ASA Flt. 7529 air disaster at Carrolton, GA; lead defense counsel for Air Midwest/Mesa Air/US Air Express in the January 8, 2003 Air Midwest Flt. 5481 air disaster at Charlotte NC, and am currently lead defense counsel for the Lexington KY Blue Grass Airport in the August 27, 2006 Comair Flt. 5191 air disaster at Lexington KY. I was also involved in litigation in Delaware and Texas involving various aspects of the WTC/9-11 terrorist attack, and have handled the defense of many general aviation accidents for airplane manufacturers, FBOs, pilots, etc. Aside from the trial work, I have argued cases at the  appellate level in the United States Supreme Court (a gut wrenching experience!), First, Third, Fifth, Eight, and Eleventh U.S. Circuit Courts of Appeal, and the Georgia Court of Appeals and Supreme Court. In addition to the work for clients, I have served as a guest instructor/lecturer at the Atlanta College of Trial Advocacy, National Institute of Trial Advocacy, Georgia Bar Aviation Seminars, Embry-Riddle Aeronautical University Symposiums on Aviation Law and Insurance, and the SMU Air and Space Law Symposium. I guess I just like what I do and am really too dumb to retire. (And I can attest that a divorce after 37 years of marriage is guaranteed to make you work past normal retirement age!)

I have had a couple of knee operations and had to give up tennis, but love doing anything outdoors, whether its golf, fishing (particularly fresh and saltwater flyfishing), hunting (deer, turkey, quail), trap or skeet, and have somehow managed to finish the last ten Peachtree Road Races. I have never won, but by my best estimation I finished at least around 30,000th-35,000th place. For some unknown reason I never got a trophy.

Tammy and I are members of St. James United Methodist Church in the Brookhaven area, and I serve as an usher three months every year.

So that's a little bit of my last 50 years. Gosh, it seems strange to say 50 years. We are all so lucky to be here, and I can't wait to see my fellow classmates and reminisce on the best times of our lives--- at Russell High. 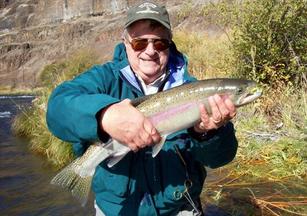 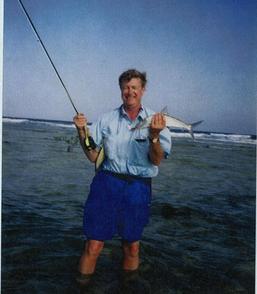