After Graduation I worked for a short time at Egan Cotton Mill and on Sept.18,1961, I made a life changing move and joined the Air Force.  After Basic and Tech School, my first assignment was Crystal Springs, Ms..there I met my future wife, Ruth, and on Dec. 22, 1963, we were married.  During our AF career (28yrs) we saw a lot of the US and other countries.  We also had two children Anita (now living in Charleston,SC) and James (now living in Franklin, TN).  Thanks to them, we have 5 grandkids and 2 great grandkids.  After retiring from the AF, we made our first permanent home in a small town named Caledonia, MS (15 miles north of Columbus) and next September, I will have lived here longer than any place including East Point.  After working for several Aircraft Maintenance Contractors at Columbus AFB, MS and following Ruth's death (Jun 15, 2004), I decided to end my working life.  Currently I do a lot of traveling (mostly a day or two distance away from home).  I also recently rediscovered camping and have enjoyed that mostly using a tent or my covered pickup truck as my home away from home. 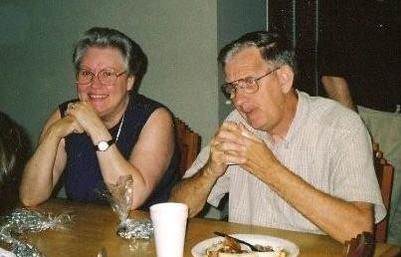