I was transferred to Headland in the middle of our senior year   This was a real bummer!!!

After 14 pregnancies, I went to work with Ga Fed as a teller.  Was promoted much later as the first female branch manager. Was recruited in the automobile industry at that time, Plaza Pontiac/McNamara Pontiac.  After some sec work in the leasing dept, I was made leasing manager.  I spent some 30 yrs in the car business, the last Stone Mt Chrysler where I retired after 18 yrs, the latter yrs as gen sales manager (another first for a female!!).

After several failed marriages, I have been married to Louie for the past 14 yrs.  After much practice, I finally hit the jack pot!!

I failed to mention above my son, Johnny, my third child, passed away at the age of two after open heart surgery.

I have been very blessed in my 67 yrs. god has been good and I look forward to reuniting with my friends from probably the happiest part of my life.   I'm sure you will all agree that to be in the teens in the 50's was absolutely special!!!  I guess I finally did it right!! 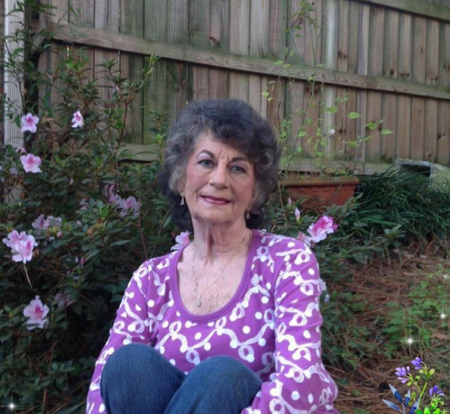