In 1957, I met my future husband, James Pitts.  He moved to Atlanta from Tifton, GA and took a job with The First National Bank of Atlanta.  He took a four year military leave and joined the Navy.  I was still in school and graduated in May 1959.  I worked in retail in downtown Atlanta.  James returned to Atlanta and resumed his job at First National Bank in 1963.  We were married July 19, 1963.  I continued to work and had my first daughter, Jan, on December 29, 1964.  I became a stay at home mother.  I had my second daughter, Sonya, on May 23, 1973.

During this time, we were active at Jackson Drive Baptist Church in East Point.  We enjoy Southern Gospel music and my husband joined with a few church members to form aSouthern Gospel Quartet called The New Gospel Travelers.  For several years, they traveled on weekends to various churches, schools, and civic auditoriums in this music ministry.  They often performed at the Joyful Noise Christian Supper Club in East Point.  Through this ministry, we got the opportunity to meet some well known groups such as The Cathedrals, Rex Nelon Singers, and The Singing Echos.

My hobbies have been ceramics and crafting with the ladies at church.  In the mid-80's and 90's, I worked at Flowers on Main Street in East Point where I picked up an interest in flower arranging.  My daughter Jan and I took some floral arranging classes and I enjoyed a specialty with cemetery pieces.  I am a pioneering member of the Hillcrest Cemetery Memorial Association.  My daughter Jan will celebrate 20 years employment at Delta Airlines in December.  My daughter Sonya followed a career in law enforcement.  She is currently working Code Enforcement for Hapeville.  She has one son, Branden, who is 9 and our only grandchild.  My husband retired from First National Bank/Wachovia after 46 years of service and we continue to reside in East Point. 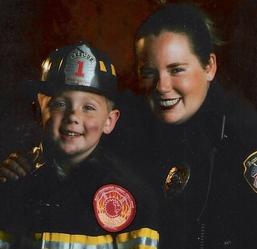 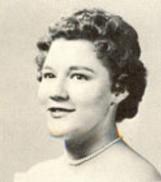 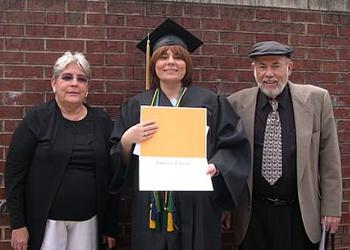 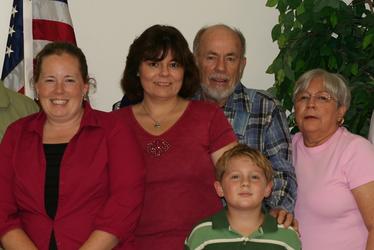 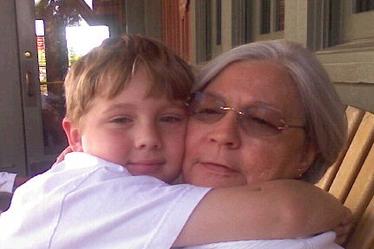 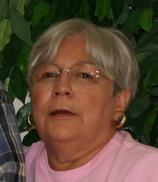