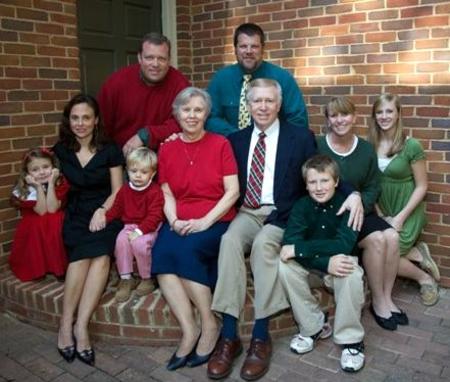 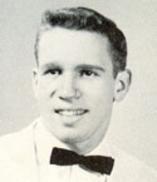 Upon graduation from Russell High, I began college at Ga. Tech.  While at Tech I met Peggy Frankfort (an Emory student) and we married in October of 1963.  Peggy graduated from Emory in 1964 and I graduated from Tech the same year.  I was hired by Mead Paper and Packaging as an Industrial Engineer upon graduation and Peggy was a third grade teacher at Park Lane School in East Point.  Peggy and I purchased a 20 acre tract of land with a lake on which we planned to build our dream home in Douglasville Ga.  For temporary housing we placed a manufactured home on the property.  I found the concept of manufactured housing very interesting and accepted a position with a company in Atlanta in 1966.  Shortly after entering the industry I had the opportunity to open a retail sales center in Athens, Ga.  Peggy and I relocated to Athens and have been involved with our company activities until the present time.  Shortly after moving to Athens our children Jenny and Tom were born. (1967, 1968).  We now have four grandchildren: Jenny with Ansley 15 and Drew 11; Tom’s children are Sarah 6 and Thomas is 3.  We have been very active with Athens First United Methodist Church as members and Board Member for 40 years.  I was involved for several years in Zoning and Planning for Clarke County as chairman of the board and have been active in subdivision development and home building as well as continuing active real estate position with The Collins Realty Group. I have served on the Board of Directors and holding various positions for the Manufactured Housing Association since 1969 to present.   I am currently on the Ga. State Department of Community Affairs advisory Board.  I have always had an interest in flying and have accumulated approximately 3,000 hours of flight time in our V-35 Bonanza.  We enjoyed for many years a home on Saint George Island FL and a home in the N Ga. Mountains at Lake Seed.  We continue to be very active in all aspects of our children and grandchildren’s lives as well as the business community.  I look forward to the opportunity to visit with our class of ’59.