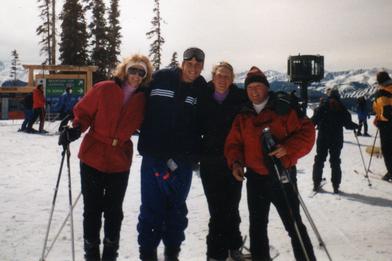 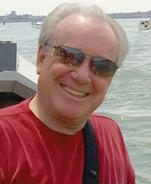 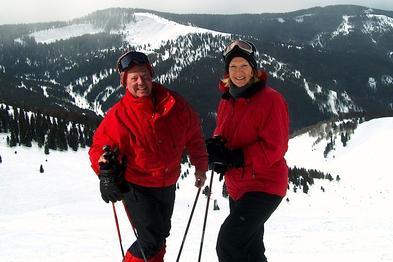 We have two teenage granddaughters a teenage grandson, and our son their dad....all live close to us.  They also keep us busy with their activities; I am also an adjunct faculty member at Metropolitan State University .

Following those exciting years at Russell, I spent the next five years at Georgia Tech and one year of graduate school at Georgia State.   Then it was goodbye to Georgia with a move to Orlando, Florida and Martin-Marietta Corporation where I began my career working with computers.

In Orlando I met my wife Marilyn, a transplanted New Yorker via Florida State and elementary school teacher, and we were married in 1967.   We celebrated our 40th anniversary with a Mediterranean Cruise last year.

In 1968, I made the decision to jump headfirst into the computer industry and joined a small company in Chicago where I served as Product Manager.    A year later joined Digital Equipment Corporation (DEC) and lived in Boston, then Huntsville Alabama, Knoxville Tennessee, and finally back to Orlando, FL.   DEC was ready to move us again in 1974; instead I resigned and started a company specializing in computer based Medical systems.

In the late seventies, our son Ben and daughter Mindy were born and I finally received my MBA from Rollins College in Winter Park, FL.

Our company grew and was split into several additional companies specializing in different areas of the Medical marketplace; in 1994, I sold the company and went back to school to complete my Ph.D. and worked part time doing training on a consulting basis for several Medical Equipment companies.

In 2000, I accepted a position as Director of Marketing for a Defense company located in Colorado Springs, CO.   We ended up living in Denver and commuting to CS since it was only a 45-mile drive…and the scenery was fantastic after having lived in Florida for 30 years!

Our children followed us to Colorado within the first year.   Our son married a Colorado girl and they now have three children, which Marilyn and I enjoy immensely.   Our daughter is single and lives and works in the heart of Ski country about 75 miles west of Denver.

Marilyn and I began snow skiing 25 years ago and love Colorado as a place to live.   We ski in the winter, and enjoy hiking and working outdoors during the rest of the year.   Within a days drive, we have nearly 20 National Parks and/or National Monuments and we travel when possible.

I left the Defense business in 2005 and now do professional training seminars in Sales and Marketing.   Also heavily involved in promoting and facilitating Technical Workshops involving Electronic Design and Implementation.   And I still play piano whenever I have an opportunity