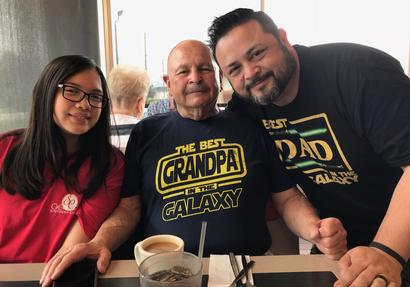 Bill with one of his displays in Covington, GA, antique mall, April, 2019. 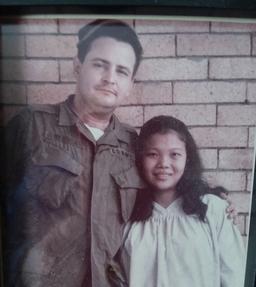 She is pregnant with their first child 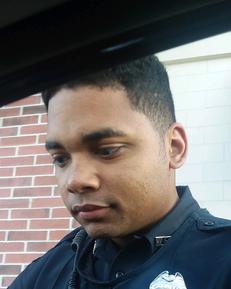 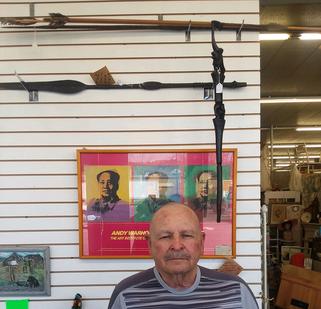 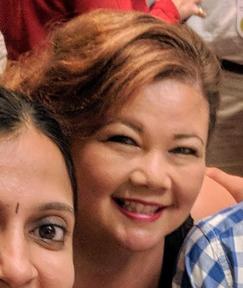 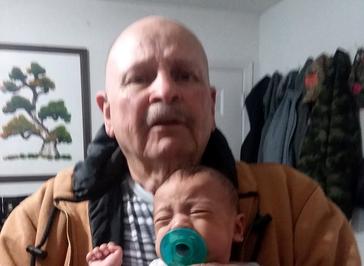 On 4/2/2019, Bill wrote:
Family: Married to Ve Thi Rozier at Saigon, Vietnam, March 1968.
5 children born from 1968 – 1976:
Edward who recently helped build a large manufacturing plant for Corning Corp. in Hainan, China.
Mary, a projects manager for a major international drug company.  Activities require travel to England, Sweden and India.
William Julian, Certified as a Chief Engineer in the U.S. Merchant Marine.  Sails around the world as Engineering Officer                for ships as long as 500 + Feet and 17,000 +tons.
Charles John Louis served two tours of duty with the national guard in the Iraq War.  As a medic, he trained Iraqi Army                  medics during combat in the field.  He was awarded the Army Commendation Medal and the Purple Heart Medal for              wounds received in battle.
James Edward is a department controller and assists with employment recruitment from several major universities for                    Charter Communications.
7 Grandchildren born between 1989 – 2018.  One great-grandchild born July 2015.  The second grandson has chosen a career as a police officer in Worceser, MA, the second largest city in New England.

In 2009, Bill wrote:
Onward back to the beginning; summer of 1959. Off to Coast Guard boot camp in July where this "Mr.­tough-guy-gotta-have-adventure" found himself terribly homesick daily while suffering long runs in the hot sun and rowing 26-foot lifeboats for miles in the heavy swells of the open sea. After advanced seamanship training in Groton, CT, was released to the reserve forces in Dec. 1959. 9x5=45. There followed a couple of years of higher education but my head wasn't in the books (or I had no head at all then) and switched to active duty in the Navy. I was happily off to 22 years of fun, adventure, fear and pain, including terribly hard and often dangerous work of which herein is a synopsis.;
1962 - Deck Seaman on a 80-foot tug towing barges from San Juan, PR to the Virgin Islands. A lot of time standing in the bows laughing at the worst the sudden, raging storms could fling at us. Great duty entailing encounters with flying fish, 9-foot dolphins, 3D-foot basking sharks and once a single whale far out of season and waters. This cetacean tagged along beside our tug for an entire crossing sounding her mournful song and blowing spume from her great blowhole all the long, long way. I suspect she thought we were another whale.

1964 - Office sitting aboard Naval Station, Puerto Rico.
1965 - Seaman in USS Wasp, one of the last of the old wooden deck aircraft carriers. Often saw green water crashing over the flight deck in the North Atlantic where winter storms grow waves 50-feet or more high. 10x6 = 60.
1966-1968 - Navy Special operations, Vietnam. Aboard River Patrol Boats, attack helicopters and Vietnamese Navy battle junks with an unhealthy habit of pushing their prows into the jungle foliage were we'd disembark and slouch into the forests and swamps after enemy units. Once faced 350 enemy with only 9 companions .... .for as short a time as we could manage. Also crew once saved by a water buffalo but that's another story.

Highlights of other assignments:

In 2019 Bill wrote:
2009 – present – Acquisition and sale of antiques and antiquities through a large antique mall in Covington, GA

Life has given me much adventure, but no riches outside the joy of many strong and healthy children and grandchildren

Bill's' daughter, Mary, at a business conference in Chennai, India..

Bill with son, William Julian, A ship's Cheif Engineer with the US Merchant Marine, and granddaughter, Camryn, Father's Day, 2018 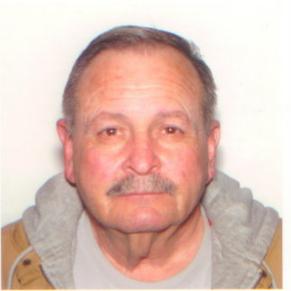 Bill with his newest grandson, Keiran,